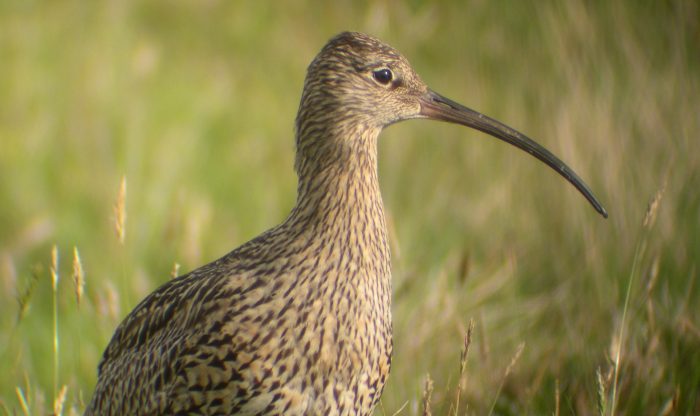 An important survey of farmland waders, which couldn’t happen this spring due to Covid-19, will now take place next year, but support is available to help waders and local farmers are being encouraged to get in touch now

The area around Badenoch and Strathspey is one of the best in the UK mainland for breeding waders such as lapwing, snipe, redshank, oystercatcher and curlew.

Since 2000, on behalf of the Strathspey Wetland and Wader Initiative (SWWI), RSPB Scotland has co-ordinated a survey on farms in this area every five years. The fifth survey, to assess how farmland wader populations are doing, was due to take place this spring, but unfortunately the restrictions imposed during lockdown curtailed that work.

Hopes are high that it will be possible to conduct the survey next year instead, but the SWWI are keen to remind local farmers interested in wader management on their land that they can get in touch at any time.

The Strathspey Wetland and Wader Initiative (SWWI) is a collection of interests from the agricultural and conservation sectors who have worked together for more than 10 years to support farmers who are keen to maintain or improve habitat on their land for breeding waders. Assistance is delivered in a range of ways, from advisory visits with a chat and a walk around the farm, to assistance with agri-environment scheme applications and help with habitat management.

Farmers up and down Badenoch and Strathspey have coexisted with abundant breeding wader populations for many years, creating one of the UK’s best breeding areas for farmland waders specifically lapwing, snipe, redshank, oystercatcher and curlew. In other parts of Scotland and the UK, populations of these birds have declined considerably but every spring this area still hosts good numbers of these familiar and iconic birds.

The return of ‘Peesies’ and ‘Whaups’ in March, like the appearance of lambs in fields, is a sure sign that spring has arrived. However, declines are still happening here and understanding more about the extent and cause of declines can be achieved by spring surveys. This forms one of the key tasks for the Initiative with a comprehensive survey of farms up and down the Strath, coordinated by the RSPB undertaken every five years since 2000.

Although the fifth survey, due to take place this spring, had to be cancelled due to lockdown restrictions on outdoor work, several farmers, crofters and land managers have provided useful anecdotal information in the absence of the formal surveys.

The Cairngorms National Park Authority is one of the partners of the SWWI. As well as helping to fund the project on the ground, they also employ Vicky Anderson the SWWI Project Officer, who said: “Farming was essential work during lockdown so there have been people keeping an eye of how the waders have done this year even though we haven’t been able to undertake surveys and have been limited to watching the birds tumble and whoop from the roadside, during our daily exercise walks or even via social media. A number of folk have been in touch saying it seems to have been quite a good year with lots of chicks spotted, which makes sense given the weather was good for most of May and June, but also with stories of variable survival of those chicks. While all the observations from key land managers in the area are valuable, we are looking forward to hopefully being able to get out and count birds and measure survival next spring. In the meantime, I would encourage farmers to get in touch if they would like to borrow equipment or just have a chat about whether they might be able to help waders on their land.”

SWWI is keen to hear from farmers in the area who have views on wader management, need support with field management – both a rush topper and a soil aerator to reduce compaction are available to borrow – or think they would benefit from a fresh pair of eyes to look over the wader areas on their farms. This might include fields that used to support good numbers of waders but where numbers have declined in recent years.  SWWI also have money available to deliver modest wader habitat work on one or two farms each year.

Anyone interested in further information or an advisory visit, can get in touch with Vicky Anderson by emailing [email protected].