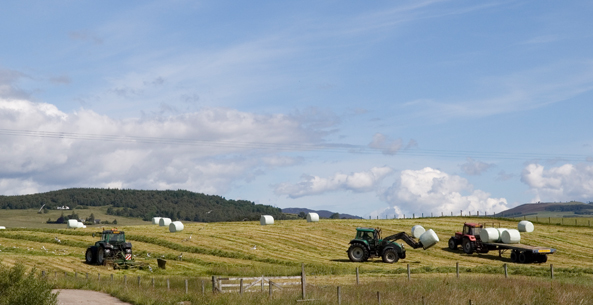 Years ago I worked with a teacher of Religious Education who had recently returned from some very intensive missionary work in Africa. He had the distinction of being referred to by Pupils and staff alike back as the “mini-rev”, mainly because of his diminutive stature, compared to his departmental colleague, the “maxi-rev”, a man of more generous proportions.

He took life generally and his work in particular very seriously and at the end of each term he would disappear off to another developing country to follow his calling. On one occasion he raised a few smiles in the staffroom when he was asked what he was going to be doing during the holidays and with a twinkle in his eye he replied mischievously, “I intend to spend the summer converting ……………..my loft!”

I came across another meaning of the word “conversion” when I attended the Cairngorms Nature seminar recently and heard Jonny Hughes, Chief Executive Officer at the Scottish Wildlife Trust talk. He quoted statistics from various countries around the world which confirmed his view that land under conservation was in many ways of more value than land under conversion.

By conversion he meant land that had been changed and developed for example for housing or agriculture or forestry. His argument was that land that is preserved in its original state and stores tons of carbon or filters out our natural water supplies or holds back rainwater and melting snow thus preventing disastrous flooding further downstream makes a significant contribution to our nation’s quality of life.  How different life would be for the good citizens of Aberdeen, for instance, if the land within the boundaries of the Cairngorms National Park did not provide these so called eco-systems services.

But there has to be a sensible balance. Of course we need development and agriculture and forestry. The challenge for the National Park Authority is to bring together all the relevant parties under the banner of the Cairngorms National Park Partnership Plan and agree the vision for the future and the sensible, workable balance between conservation and conversion.

Understandably this is not an easy argument to sell to landowners. Conservation is not an easily traded commodity. It is however a vitally important element in maintaining our nation’s qualities and illustrates one of the huge contributions made to us all by our two national parks.

Indeed conservation is not necessarily an easy argument to sell on a more domestic front either. As I look out of my front window I can see that despite the late frosts the grass is growing vigorously. Perhaps this is a situation where less conservation and more conversion might be prudent!