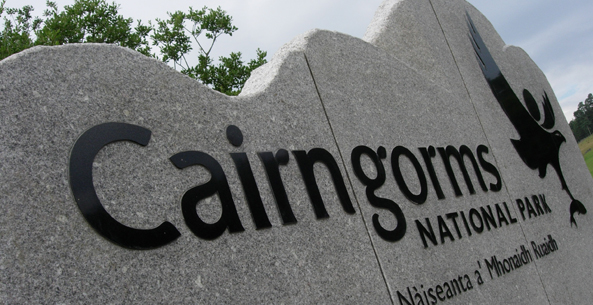 Last week the CNPA Board adopted the new Local Development Plan, it has been four years in the making and is the first for the entire Cairngorms National Park, as it now includes Atholl and Glen Shee.

Four years may seem an exceptionally long time to most people just to create a plan, but there is a good reason. It started back in 2010 when 1500 keen folk, attended meetings across the Park to help prepare visions for their communities. The Main Issues Report came out in 2011 with information sessions which provoked further feedback and formal responses. National Park residents and businesses, whom the plan is designed to serve, were encouraged to give voice to their views and opinions on the Proposed LDP from April to July 2013.  As the Cairngorms National Park is a place that provides for people across Scotland, those expressing views about the wider roles and responsibilities that come with National Park status also needed time to formulate their responses.

It was sent to the Scottish Government for examination in 2014, culminating in the final version of the Local Development Plan being adopted last week.

Large numbers of people with placards and banners recently lined the road side in Carrbridge, to show that people do care about where they live and their quality of life. With clarity and reasonableness their representatives voiced the community case for the right type of development in the right place in their village. I hope all communities across the National Park will muster this type of thinking and community participation at the start of future planning processes.

The recent elections within the Park, where anyone could stand and test their views with the electorate, provided for direct community engagement with the work of the Park Authority.

Talking of local community engagement, John Kirk of Nethy Bridge kindly gave me a couple of hours of his time last week to show me around his community. I won’t say we agreed on everything but his passion for the area was infectious and we shared our enthusiasm for the little pieces of local heritage from place names to coffin stones that are in danger of being lost. My trip also reminded me that there are many partner organisations active across the National Park that need to tell people what they are doing.

National Parks like the Cairngorms are increasingly delivering benefits for people and local economies alongside conservation. I was reminded of this when I read  research that showed rural counties in Montana, Colorado and New Mexico with protected areas within their boundaries had, on average, a per capita income considerably higher than those that did not. People, financial investment, retirement income and businesses were attracted to areas with protected land nearby. In the USA over 100 economists and academics recently wrote to President Obama urging him to create jobs and support businesses by investing in more protected areas and the infrastructure that draws and keeps talented people in rural counties. Responsible planning and investment that meets community needs will do the same for the Cairngorms National Park.