Teuchat Tales: the story of the Strathspey breeding wader season 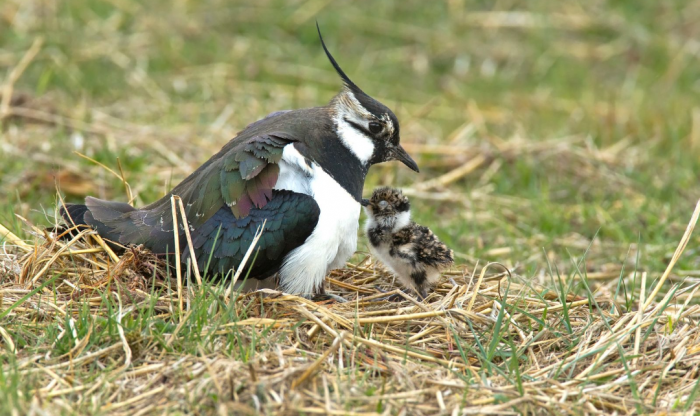 Between now and the end of June we plan to bring you the story of the 2021 wader breeding season,  from the perspective of the partners involved in the Strathspey Wetland and Waders initiative (SWWI)

2021 is a big year for us because it’s survey year and numerous volunteers will soon be starting survey work on around 70 farms up and down Strathspey.  This year we are also including another 20 farms in the Glenlivet and Tomintoul area.   Each survey site will be visited three times over the breeding season,  either early in the morning or just before dusk , to record and map lapwing, snipe, oystercatcher, curlew and redshank.   It’s the perfect time to enjoy the birds as they are at their most active and we are all looking forward to some wonderful wildlife moments.    The survey has been jointly organised by the RSPB and Cairngorms National Park Authority and the work involved has been monumental; lots of phone calls to farmers, lots of survey packs made up and also training for our volunteer surveyors. You can imagine that the Covid 19  situation has added a whole new layer of issues to overcome, but it will all be worth it.   The results will be crucial in helping to plan our work and deciding where we target our resources.   It goes without saying this work wouldn’t be possible without the cooperation and permission of the farmers and we are extremely grateful for that.

This year we are also involved with another small project that will hopefully provide an interesting perspective on the season.  Ground nesting birds have to overcome a range of obstacles to successfully hatch eggs, incubation lasts about 26 days and anything can happen in that time.  With nature camera trails provided by a group called Working for Waders we will be monitoring a handful of nests in Strathspey and Tomintoul. Once the female has laid a full clutch of eggs, the pair are reasonably settled an full incubation has started, we will fix a camera in place a few metres from the nest to monitor it over the season.  Of course we hope to record lots of pictures of cute fluffy chicks hatching and leaving the nest, but nest failure is fact of life for our waders and nests are targeted by a whole range of predators.  Whatever happens, we hope to capture it and share the story.

This year we also have a couple of cameras on Wader scrapes (wader and chick muddy puddles/pools for feeding) and we will share images and video clips of scrape action too.   We encourage farmers to create scrapes on their land for waders and many have done so and it will be good to share evidence of their importance.

So, what of the birds so far?  Winter 20/21 was long and hard, and Lockdown has tested the resilience of us all, but it seems that the return of flocks of waders to the Straths in late February and early March really did lift everyone.  It was great to see them and also see folk posting about it on social media.   A record number of just under a thousand lapwing were seen near Nethy Bridge on 24th February.  Snow melt flooded a lot of fields at that time, so it could have been “our” birds fighting to feed on the few unflooded fields remaining, or it could have included birds that were just stopping off before heading further North.  Who knows, but what a sight to see? 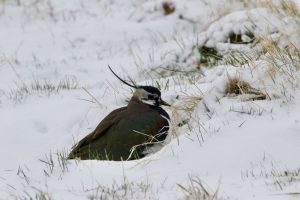 Inevitably the spring snow returned and delayed everything.  Known locally as Teuchat storms, the baltic blast a couple of weeks ago certainly did its worst.   A lot of the birds disappeared and those that stayed hunkered down, hopefully as the weather improves, the season will resume.

Waders return in a good spell of early spring weather and begin the process of preparing for the breeding season and we’ve all enjoyed their songs and displays.   I was in Tomintoul a week or so ago on a wet day, the weather eased for about an hour and in that window I enjoyed the songs and call all 5 species. Here’s a scratchy video of chipping snipe plus lapwing:

To finish, I found a poem for you to enjoy called Teuchat Storm by Aberdeenshire poet Mary Johnston: