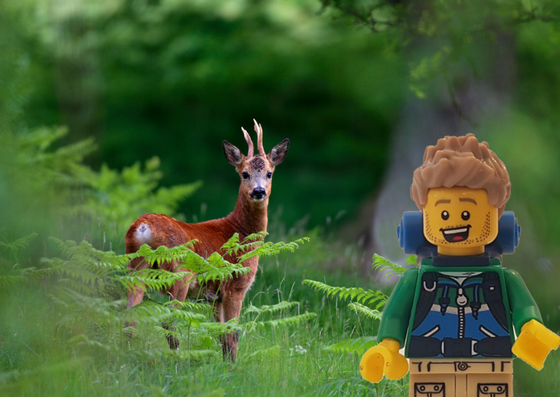 September is a wonderful time to get out and experience the Cairngorms National Park.

The weather is often more settled, the midges are much reduced and the autumn colours are starting to kick in. With that in mind a ‘Wee Walk’ in one of the many woodlands this area has to offer is a great opportunity to enjoy the nature of the Cairngorms.

The forests of the National Park are some of the most extensive in the UK and home to a high number of the area’s most important species. More than half of the surviving ancient Caledonian forest is found in the National Park with some of the most impressive Scots pine trees in the country, some of which are hundreds of years old. To walk among these giants is a humbling and uplifting experience, particularly if you ponder the changes our world has seen in the time they have stood there.

The species found living amongst these trees are sometimes only found here or have by far the most significant chunk of the country’s population. These forests are now home to over 80% of the UK’s capercaillie population. This turkey-sized bird, known in Gaelic as the ‘horse of the wood’ is one of our rarest birds but is sometimes seen in a number of the woods near our communities such as Boat of Garten or Anagach forest in Grantown-on-Spey.

But these spectacular woodlands offer much more for the keen eyed walker to enjoy. Red squirrels are a common sight scurrying around as they fatten up in preparation for winter. These adorable creatures, which can jump more than two metres, have been part of the Scottish landscape for thousands of years and it is said that tree cover in Scotland used to be so extensive that a red squirrel could have travelled from one side of the country to the other without touching the ground. Now, their range has been much reduced and they are at risk from being out-competed by the introduced, non-native American grey squirrel. Fortunately, we have no grey squirrels in the National Park so our forests act as a refuge for the adorable native reds. 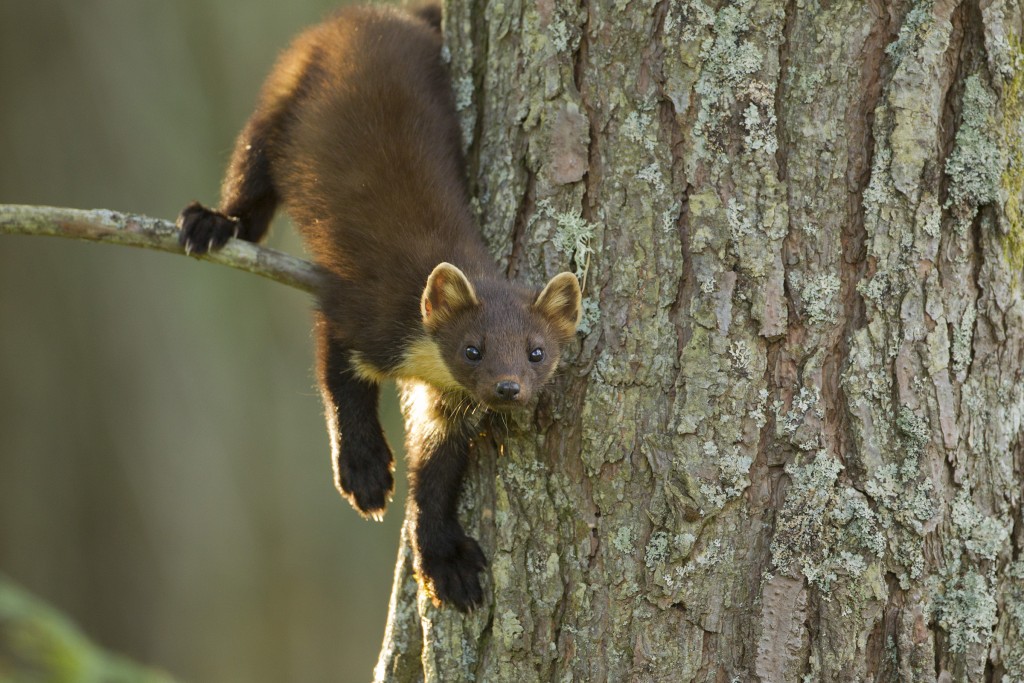 The secretive pine marten has expanded its range hugely and is now a fairly common species in these forests, although can be rather elusive to see. Much easier to see are roe deer, which are a common sight and can often be quite tame, allowing for great views when out on a Wee Walk. Red deer, which are much larger and live in herds, can also sometimes be seen, although much less frequently than roe. You will see in some places the woodlands are protected by fences. This is to try to exclude the deer and stop them eating and damaging the regenerating trees of the future. These fences are sometimes marked with orange or wooden markers and this is to prevent capercaillie from crashing in to them.

These woodlands are also renowned for rare plants like twinflower, creeping lady’s tresses and intermediate wintergreen but September is not the best time to see them. Despite this the forest floor is still a joy to look at with scrub species like juniper, for which the Park has a large proportion of the UK’s resource, and carpets of blaeberry, cowberry and in some places even bearberry which are gorgeous at any time of year, but in autumn take on a russet glow.

Nestled in amongst these plants are chantrelle mushrooms, and September is peak time. These are a culinary delicacy and are in high demand in top restaurants throughout the country. The reason they are so expensive is not just because of their special taste but also as they can only be harvested from the wild so cannot be grown commercially. For us walking in the woods of the Cairngorms they add a delightful splash of gold to the forest floor as well as providing a delicious treat when we get back home.

Huge wood ant nests are also scattered about on the forest floor and it can be fun to observe the usually busy ants starting to slow down now as the colder weather starts to set in. Three species of crossbill (Common, Scottish and Parrot) are all present in the pine forests. As its name suggests, the tips of the bill cross, enabling the birds to extract seeds from pine cones, their principle food. They call frequently whilst moving about in the trees, making a high-pitched, metallic sound like ‘glipp-glipp’ along with a series of shrills and twitters. The song is often the easiest way to identify their presence enabling you to look up into the tree tops to view of these gorgeous forest ‘parrots’. 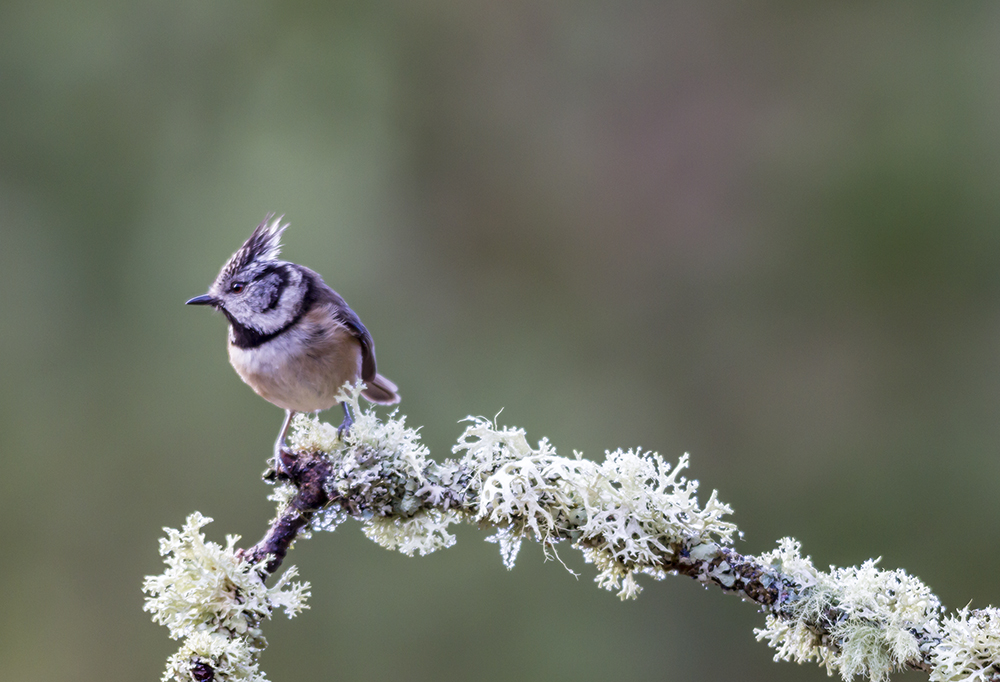 These forests are also home to the dramatic and agile aerial predator, the goshawk. They have been making a comeback in our woods in recent years and are a rare but exhilarating sight as they dart through the trees in pursuit of a meal. The crested tit, famed for its dramatic hairdo, is another charismatic little species that makes its home in the forests of Speyside. The RSPB centre at Loch Garten, part of the largest native Scots pinewood in Britain, is a great place to get out and see them along with other tit species, some of which will feed from your hand. Small lochs in the woods like Garten, Mallachie and Vaa are also home in autumn and winter to greylag geese returning to the Cairngorms from their summer breeding grounds in Iceland. Goldeneye and possibly whooper swans can also to be seen at these places.

Autumn sees the leaves starting to turn in our broadleaved woods. Birch woodlands make up most of these woods and are home to many species of birds and insects. They can also be home to the rare Scottish wildcat, so it is always fun trying to spot a sign of their presence.  Perhaps the most striking sight in September are the stands of aspen, with their quivering leaves turning vivid shades of yellow and gold. This is a sight that you will struggle to see anywhere else in the UK and are hugely important for the wildlife that depends on it. On the woodland edge, where the trees open out towards the moorland, black grouse are another stunning species that can be encountered. These birds are now thriving again in the National Park after years of tough times.

September is a wonderful time of year to get out, get active and experience the nature of the Cairngorms. The forests and woodlands of the National Park will no doubt surprise and delight you if you are willing to take a bit of time to uncover their secrets, while also getting you a bit fitter and making you feel great in the process. And that is one the true joys of these forests – just taking the time to enjoy being there, to soak up the smells and feel their calming influence, regardless of what wildlife you see.

Are you a Wee Nature Walker, or would like to be?

Take part in Wee Walks Week between the 16th of 23rd of September by making a pledge to walk a wee walk, for more information click here.

And let us know what nature you see out on your wee walks? #WeeWalks