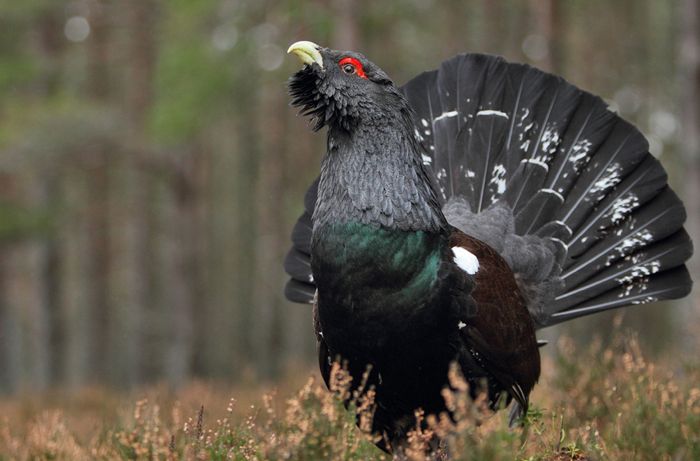 The burns and rivers follow their natural courses, being largely unmodified by human activity. The lochs and lochans tend to be similarly unmodified, holding their natural water levels, and one of the largest natural wetlands in Britain is found at the Insh Marshes. Additionally, the extent and scale of the hills and mountains are such that natural landforms tend to dominate the scene, with any human modification being of a small-scale and incidental to the wider, outer landscape.

Away from the straths and lower hillsides, most of the Park is clothed with swathes of relatively natural vegetation, harmoniously blended and integrating disparate elements of the park into a visual whole. Such vegetation includes native woodland of pine and birch, moorland of heath and bog, wetland of marsh and loch, and upland of moss heath and boulder field. The national and international importance of these habitats is recognised both by the numerous nature conservation designations within the national park, and by the nature reserves that are a draw to many visitors.

Through experience, literature and marketing, the landscape is associated in many people’s minds with iconic Highland wildlife such as golden eagle, osprey, red grouse, capercaillie, ptarmigan, wildcat, red squirrel, pine marten, red deer and salmon. Large areas are specifically protected and managed for wildlife, and these places can be popular attractions for visitors. Some animals are managed for sport with, for example, the Rivers Spey and Dee renowned for their salmon. Red grouse and red deer have brought sportsmen to the area since Victorian times.

The mountain core contains some of the wildest and remotest areas of Britain, where the vegetation is natural, artefacts are rare, nature is in charge, and the long walk-in is the only means of getting there. On the high plateaux, there are many miles of land above 3000ft (914m), exposed to the changeable and sometimes extreme Cairngorms’ climate. There are few other places in Britain where one can walk for so many miles away from roads, tracks and other human structures.

Other areas of the Park are less remote, but the preponderance of near natural vegetation, together with distinctive wildlife and the general lack of development, can still give a perception of the dominance of nature. This includes the managed grouse moors, and the ancient, managed woods and plantations.