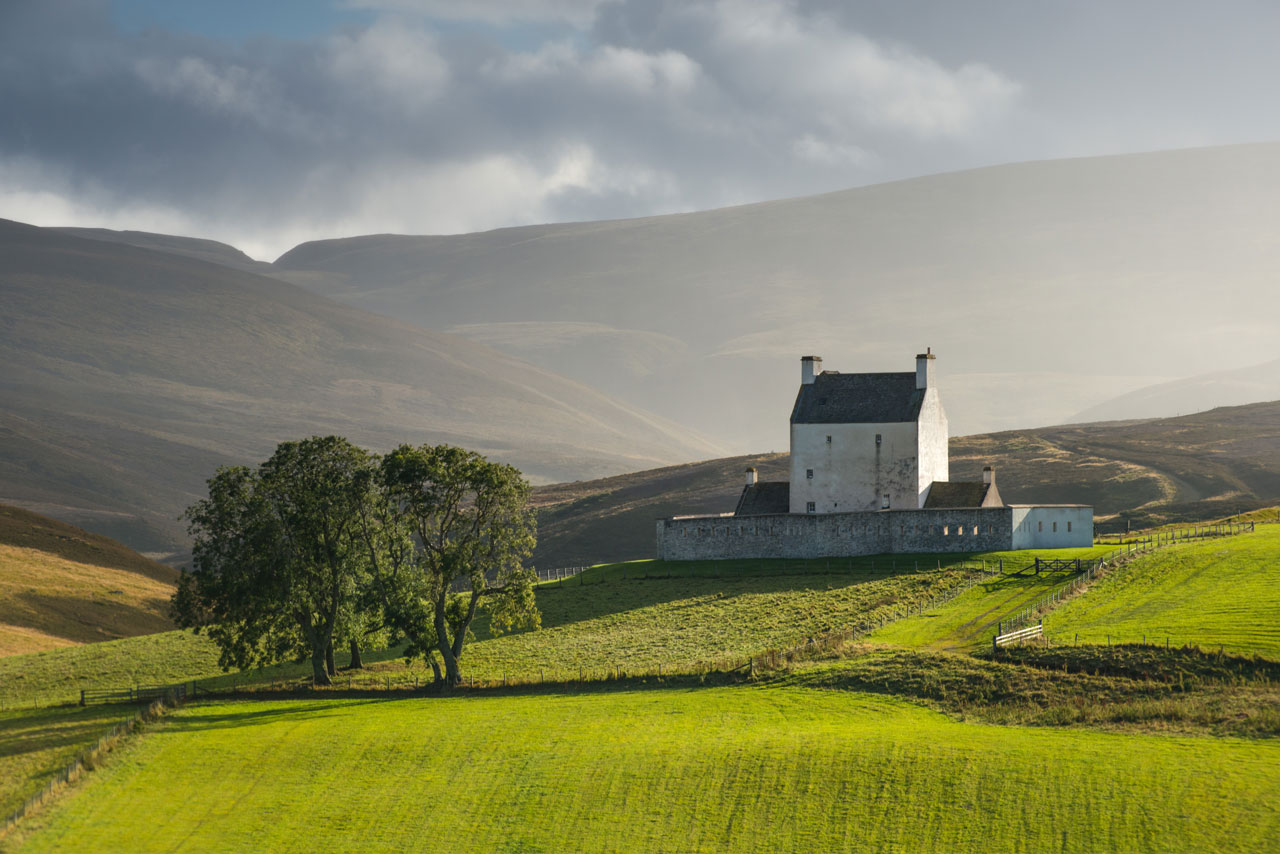 The pink and grey-tinged granite buildings and slated roofs of designed villages and small towns, dating mainly from the late 18th and early 19th centuries, are an integral part of the landscape. Nestled unobtrusively in the glens and straths, usually well-sheltered with trees, they provide a reassuring solidity. They are rural in character having no high-rise buildings or city traffic and are a reminder of historical and social context. Although each planned settlement has its own character and layout, they all have a main central street, often with geometric streets running perpendicular. Typically there is a treelined square, surrounded by large, public, stone buildings.

Within the park are found numerous traditional stone buildings, mostly dating from the 18th and 19th centuries and reflecting the geology of the area. These fit well into the landscape, with the granite buildings of town, village or isolated houses being particularly notable. Porches supported by hewn tree trunks are a particularly distinctive feature.

The Grampians have always been a barrier to travel between the Central Lowlands and the north, with routes limited to the straths, glens and passes which cut through the mountains. The main roads still follow old routes through the dramatic, wild scenery of the high passes of Glenshee, The Lecht and Drumochter, following the line of the 18th century military roads. These passes provide a sense of anticipation during the ascent and during the descent the splendid Cairngorms’ landscape comes into view, giving a sense of arrival once traversed, and also a sense of security on reaching habitation. Other traditional routes such as the Lairig Ghru, Glen Feshie, Glen Tilt, Glen Dee, Jock’s Road and the Gaick Pass are now the domain of the hillwalker.

The wistfulness of abandoned settlements

The glens and straths of the Cairngorms are littered with the ruins of past settlement. These range from the forts and round-houses of the prehistoric past to the townships and shielinghuts used for summer grazing of more recent times. These settlements have contributed to the development of the landscape that we see today, forming part of its character and often providing points of reference for the visitor. Additionally, throughout the area there is a rich legacy of Gaelic place-names, a reminder of the Gaelic heritage that still permeates the landscape.

The straths and glens have always been important strategically and defensive fortifications from duns to castles go far back in history. Many, such as Corgarff Castle, Blair Castle and the Ruthven Barracks, form prominent landmarks, marking periods of  conflict and ‘restlessness’ (Woodburn, 1975). Numerous stone bridges remain, many dating back to the 18th century military roads. Found both on and off-road, these make attractive incidental features and are an interesting reminder of past transport links and military campaigns, forming an important tangible expression of the history of the landscape. A distinctive feature of several settlements is the traditionally-built whisky distillery with its associated bonded warehouses.

The Highlands generally and the Cairngorms in particular were popularised by Queen Victoria and Prince Albert after their purchase of the Balmoral estate in 1848. Deeside often reminded Prince Albert of parts of the German hills with its broad strath,  coniferous wooded hillsides and rocky outcrops. Since then, the Royal connection has been maintained, attracting visitors to the area and used in promotion by local businesses.