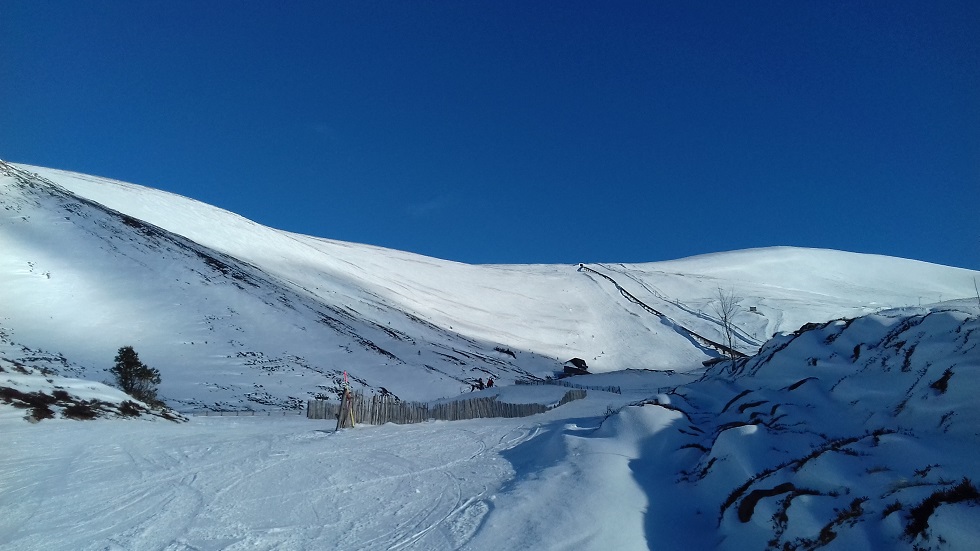 The Mountains and Plateaux

The unifying presence of the central mountains

The high ground of the Cairngorms is a unifying presence for the whole area. It is both the geographical and the visual centre, being the origin of most rivers and glens and forming the backdrop to the lives of those who live and work in the straths and glens.

The high, rounded peaks and plateaux, the corries, glens and foothills, and the long, gently undulating ridges have a massive, looming and domineering presence. However, it is the mountain massif as a whole that is the key feature, with individual mountains often hard to distinguish or identify. A trained eye can pick out the more distinctive features such as the trough of the Lairig Ghru, the cliffs of Lochnagar, the Northern Corries, or Ben Avon with its tors, but these are the exception rather than the rule.

‘The wastes of shattered stone on the summit plateaux form the biggest area of high ground in Britain. Their appeal is not an obvious one. In the act of exploring them the immense scale on which the scene is set is gradually revealed and with this the vast corries, massive slopes, long passes, wide skies, and the very barrenness of the ground, where the elements work with a power not known at lower altitudes, gives to these plateaux their distinctive quality – a majesty great enough to cast a spell on man’s mind.’

They typify the wildness and uncompromising exposure sought by many people. The ‘top of the world’ feeling of freedom is one of the great attractions of the area, and the absence of signs of civilisation is a major draw. However the plateaux are both fierce and fragile places. Severe gales and blizzards can be experienced at any time of the year, yet fragility is shown by their habitats being highly susceptible to human pressure and erosion. 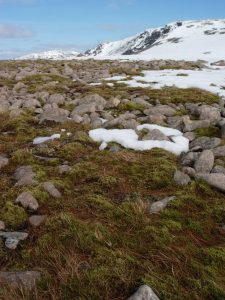 Within a landscape of hills and plateaux, the central massif merely represents the extreme end of a range. The ‘lesser hills’ within the Park have their own ridges, summits and plateaux and would be impressive in any other location. They tend to be heather-covered, smooth and rounded, albeit with sudden unexpected crags, screes, gullies and glens. They contribute significantly to the wild, untamed appearance of the area, and many are easily accessible from the main roads.

The drama of deep corries

Vast corries, with vertical headwalls and narrow gullies, provide a strong contrast to the generally undulating and rounded hills and plateaux. The hidden lochans at the bottom of many are dark and windswept places, adding to the sense of drama for those who reach them. The northern corries of Cairn Gorm and Braeriach are particularly notable. With their cliffs visible over a wide area, and holding their snows well into the summer, they bring mountain scenery into the heart of Strathspey. Likewise, the dark  headwalls of Lochnagar’s corries have long caught the imagination. Other areas boast impressive corries, with, for example, Lochs Brandy and Wharral showing the corrie in its classic form.

The Park contains distinctive, clearly visible and very varied landforms arising from the power of ice and water during glaciated periods. These are exceptional in western Europe and, in addition to corries, include U-shaped valleys, screes, moraines, and kettle holes.

Snow is present for much of the year on the high tops, whether as a winter covering or as individual snow beds standing out from afar. Its presence adds to the impressiveness and grandeur of the mountains, emphasising their harsh climate and the dominance of nature.