‘Secret’ buildings to be restored in Cairngorms National Park 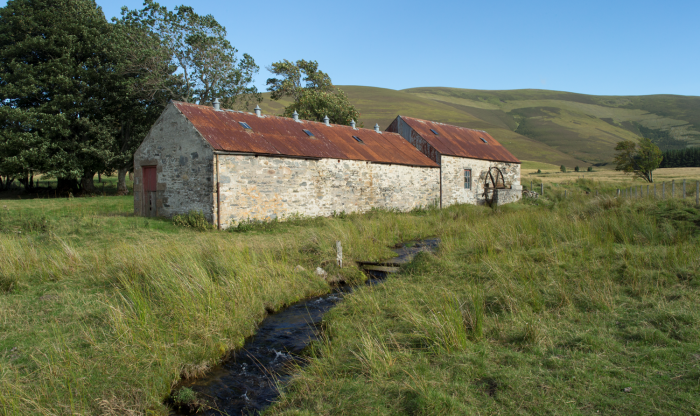 A group of significant historic buildings in a remote area of the Cairngorms National Park, where once Catholic priests were trained in secret, are to be repaired and conserved to ensure they are preserved for the future.

Scalan was a small, clandestine community set up in the 18th century in the Braes of Glenlivet for the training of Catholic priests at a time when practicing of the Catholic religion was illegal. The site was used from 1715 to help hide young men but the seminary building that we see today was originally built in 1767 in the guise of a farmhouse. When the seminary was no longer required to be so hidden it moved to a new location in Aberdeenshire. The site became a farm with mill buildings added in the late 19th and early 20th century which are considered to be of significant importance in terms of the historical, social and agricultural development of Scalan from the 18th century to the early 20th century.

The Roman Catholic seminary was originally built in 1767 in the guise of a farmhouse with mill buildings added in the late 19th and early 20th century which are considered to be of significant importance in terms of the historical, social and agricultural development of Scalan from the 18th century to the early 20th century.

Today (Friday 26 April) the Planning Committee of the Cairngorms National Park Authority, granted planning permission to Crown Estate Scotland to carry out a variety of works at the site including the conservation and repair of the North and South Mill buildings including bringing back a timber waterwheel into working order and new access paths.

The North Mill – which houses a very rare threshing machine, believed to be the oldest surviving one in situ in Scotland – will see both external and internal renovations. This includes the restoration of the timber waterwheel, which alongside the reinstatement of the North Lade will allow for manned demonstrations for visitors. Historic graffiti from as far back as 1874 will also be preserved. Similarly, the South Mill will be sympathetically restored but its iron waterwheel will be for display only.

Recommending the application for approval, Planning Officer Stephanie Wade said: “The proposed works look to help preserve the historic fabric and integrity of the mill buildings while giving members of the public greater accessibility to the site. It is very much supported by both Historic Environment Scotland and the Architectural Heritage Society of Scotland and the plans meet with our own policies around the reuse of old buildings and our support for cultural heritage projects.”

The conservation of this important historical and cultural asset was recognised when it was incorporated as a project within the Tomintoul and Glenlivet Landscape Partnership (TGLP).  Amy Woolvin, Community Cultural Heritage Officer for TGLP said: “This hidden away site in the Braes of Glenlivet has played its role within the national history of Scotland whilst also providing a unique insight into the everyday lives of those who lived and worked there during the 20th Century. We are keen to conserve the mill buildings, share the life of this site and continue its story for locals and visitors to enjoy and be part of.”

CNPA Planning Committee Vice Convener Peter Argyle said: “I am delighted to support this application with Scalan being so historically and culturally significant. Making the site safe and easier to access will result in this hidden gem being a must see for visitors to the area.”

Committee member Dr Fiona McLean added: “I know this site very well and it is of considerable cultural heritage value nationally and also at considerable risk so I am delighted to see this application come forward and fully support it.”to https://cairngorms.co.uk/meeting/planning-2019-04-26